Jones Act claims may be recommended to certain types of injured workers. The Jones Act is a federal law intended to cover injuries that occur at sea and other places seamen work. Attorney Michael E. Shelton has represented hundreds of seamen.

I have represented hundreds of seamen in my career. When a seaman is injured, of course he cannot leave his place of employment like a shore-based worker can. If you're on a blue-water vessel, chemical tanker, going across the ocean, if you're on an oilfield supply boat, crew boat, utility boat, you can't leave your place of employment if you're a seaman, like a shore-based worker can. And there is a special federal law, known as the Jones Act, that covers injuries that occur at sea. Most people would think that a vessel is a boat, a large ship. That can be true, but it can also be such things as a jackup drilling rig. It can be a dredge. And it's a very specialized area of the law. The Jones Act covers seamen that are injured during their employment, but they also have two other remedies. One would be the general maritime law, which is the law of unseaworthiness. And basically unseaworthiness doesn't mean that the vessel is sinking or about to flounder, but simply that some part of her is not reasonably fit for its intended purpose. The rope that breaks, the rung on a ladder that gives way, grease on a deck where it shouldn't be, any of those that cause injuries are classic cases of unseaworthiness. Additionally, because a seaman cannot leave his place of employment, courts mandate that his employer pay him maintenance and cure. Maintenance is the cost of maintaining himself while he is not fit for duty due to his injuries and off the vessel. Cure is the cost of medical treatment. And employer must provide that to the seaman until he reaches maximum medical cure. The idea behind maintenance is that when you're on board the vessel, you have room and board furnished for you. So the employer must furnish that for you when you're on shore, due to your injury. If you have been injured on board a vessel, if you have been injured on board or on shore, if it is related to a vessel, you may still have a Jones Act claim. If you are injured on a platform in the Gulf of Mexico for example, you may still have a maritime claim. If you're injured offshore or on a blue-water vessel, give me a call. I can help you. 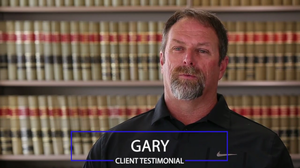 "It gave me peace of mind."