The Shelton Law Firm in Houston, TX, is dedicated to helping individuals who have suffered catastrophic and life-changing injuries. Attorney Michael E. Shelton has four decades of experience representing injured workers. He has developed a reputation for recovering substantial settlements and awards.

Narrator: Representing clients in catastrophic injury cases across the United States, the Shelton Law Firm in Houston, Texas, specializes in garnering significant rewards for clients injured in major life-changing accidents. Mr. Michael Shelton has dedicated four decades of his professional life to getting justice for injured workers everywhere. In every case, he strives to investigate the cause of serious accidents where dangerous work is performed, identifying negligent parties who caused them, and hold their insurers accountable. Michael: My firm represents people that were catastrophically injured, those that in all probability are not going to go back to their old jobs, their old lives that they had before they were injured. We represent injured seamen, people that were injured on board vessels, on mobile drilling rigs, floating drilling rigs. We represent people that have been catastrophically burned. We represent people that have had spinal cord injuries. We represent people whose lives have been changed by the severity of their injuries and do everything we possibly can to make them as whole as we possibly can. Narrator: In his decades of practice, Mr. Shelton has acquired a reputation for recovering substantial awards or settlements on behalf of his clients. His proficiency and motivation stems from who he is and where he comes from. Michael: My business philosophy is to take care of my clients as if they are my family. I grew up in a blue collar family that didn't have much money. And if there was an injury, if there was a problem, there wasn't any money coming in, there wasn't anybody there to help. I understand that. So I go out of my way to be a part of the solution for my clients, not necessarily just on the legal side. I'll help them financially. I'll help them find doctors to treat them, get them through. I will help someone who's catastrophically injured to help get their life back on track. Andrea: Mr. Mike and my dad were buddies, so I had met him several times. And then my injury happened. My father was also injured at the same time. We were both in the hospital. And Mr. Mike just went into action. My family called him, and he just started the process of everything that he even couldn't fathom that I might need. He stayed in contact with my family and myself in the hospital. So after I was able to leave the hospital, I found out that everything's already done, and Mr. Mike did everything. I was so thankful for him that I wouldn't have what I have, I wouldn't be where I am without him. I'll have a retirement now because of him, you know. I'll have . . . be able to build a house because of what he's done for me. It's irreplaceable. Narrator: It doesn't matter where you live or where your accident took place. The Shelton Law Firm can represent you wherever you may live in the U.S. and will optimize each aspect of your case to yield the most favorable outcome. Michael: It doesn't matter where the injury occurred or where the case may be brought. I'm very selective in the cases that I handle. In a case that may be in a jurisdiction where I'm not licensed, I will hire a local counsel, be admitted to the courts there, and handle the case in that jurisdiction. But it depends on where you're going to get the best juries and the best court system to look after someone. A person may have been injured in Ohio, but the person, though, entity that caused their injury may reside in Michigan or Wisconsin. There may be many places where you can go to bring a lawsuit to get justice for your client. It doesn't have to be where the injury occurred. Narrator: Aside from being one of the best in the business and the history of successes for their clients, the backbone that drives the Shelton Law Firm is compassion for fellow man and their taking ownership of the practical and emotional side of each case. Joe: Mike is absolutely probably one of the kindest and gentlest men I've ever known in my whole life, and I've known a lot of people. And he really and truly cares for his clients. And there isn't going to be no double talk. He's going to tell you straight up whether it's good or bad. He's going to level with the guys and tell them. And he's represented a bunch of our people, I mean a bunch of our people, and done an outstanding job. Michael: I attribute my success to putting myself in my client's place. What would I want done for me if I had been severely injured, if I couldn't work anymore? What would I want done for me? How would I want to be treated? That's the way I look at each and every case. Invariably by the conclusion of a case, I know my client's family, I know their children, I know their grandchildren, I know their hobbies. We may hunt together or fish together, go to sporting events together. That's the main thing I attribute my success to, to that and my working background. Having been brought up doing hard manual labor, I understand what happens to a working person when they can't work anymore. 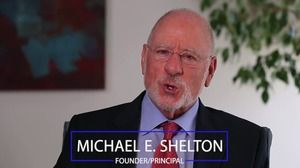 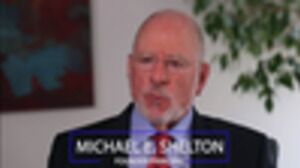 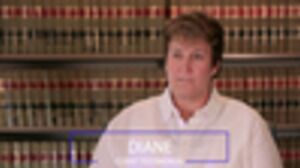